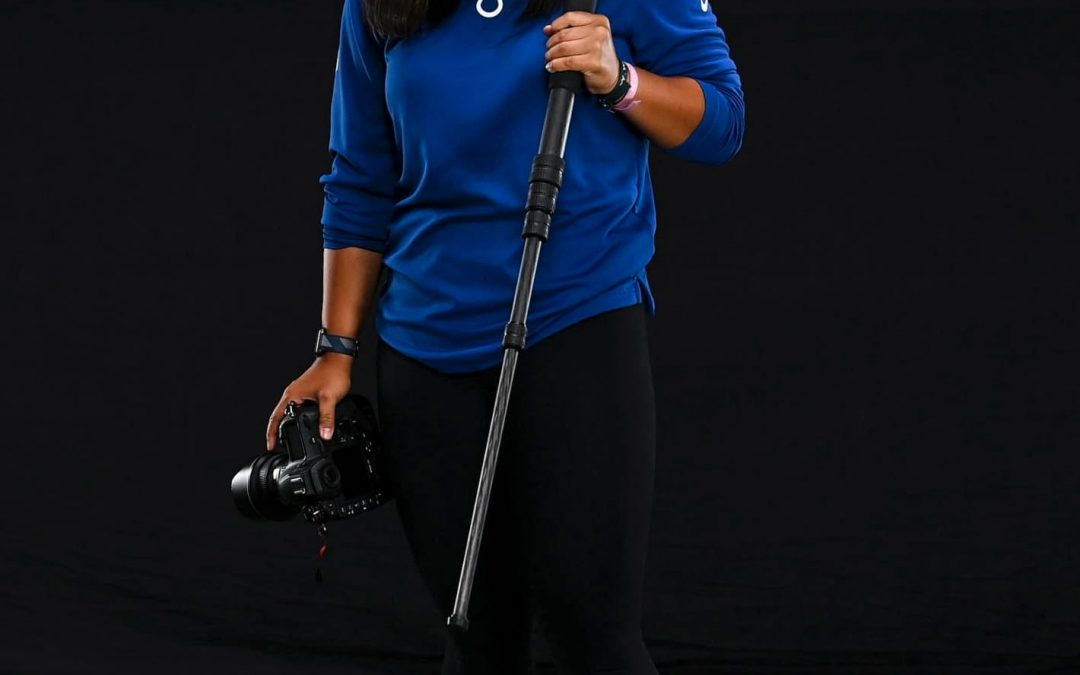 DPPF Grant Winner Abigail Dean graduated from Ohio University in 2021 with a photojournalism major and sports administration minor and joined the Indianapolis Colts in 2021 as the photographic services intern. More about Abigail
Abigail used her DPPF grant money toward the purchase of a Nikon D6.
___ 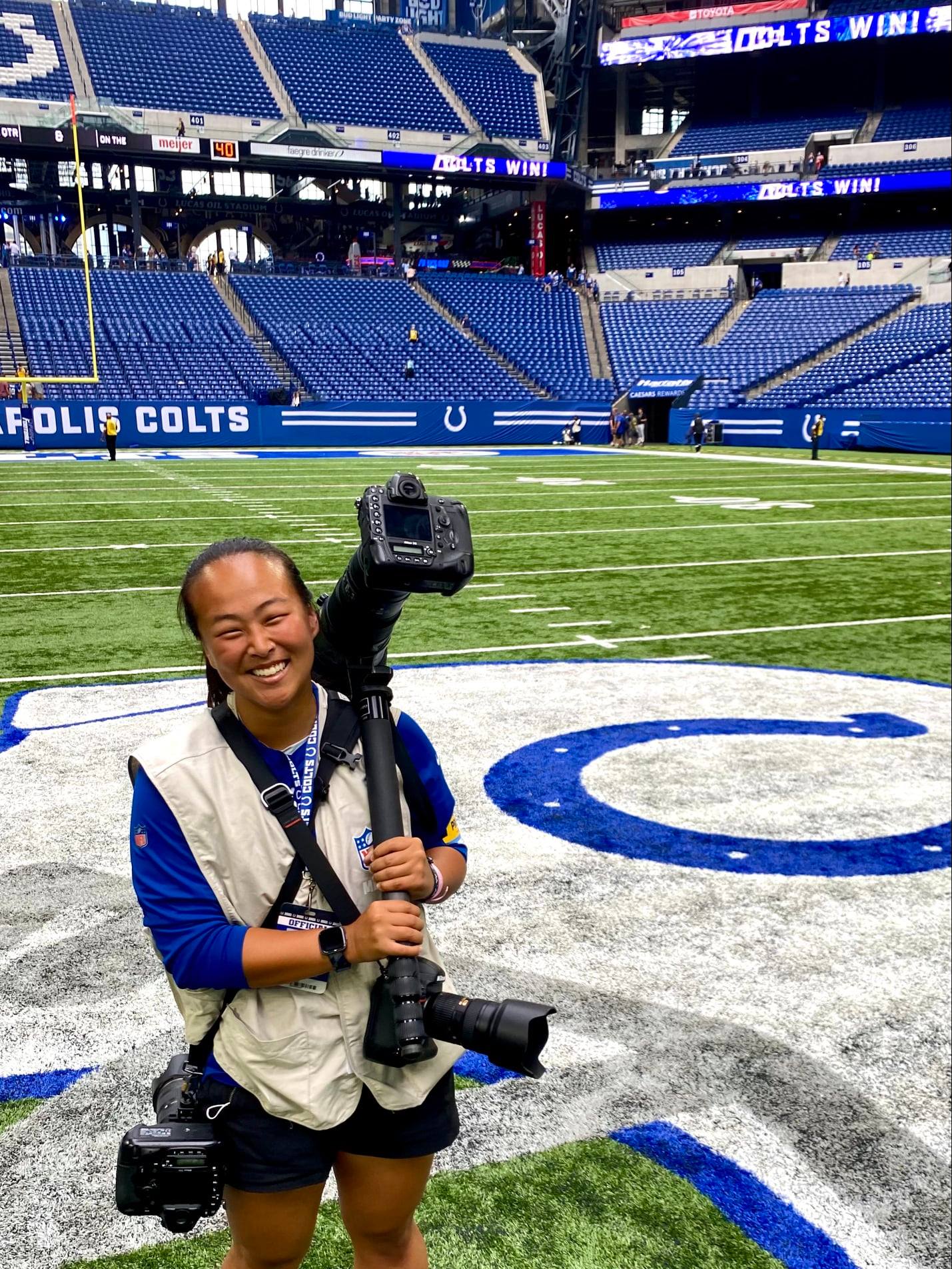 Abigail shares back stories of three photos from her winning portfolio. 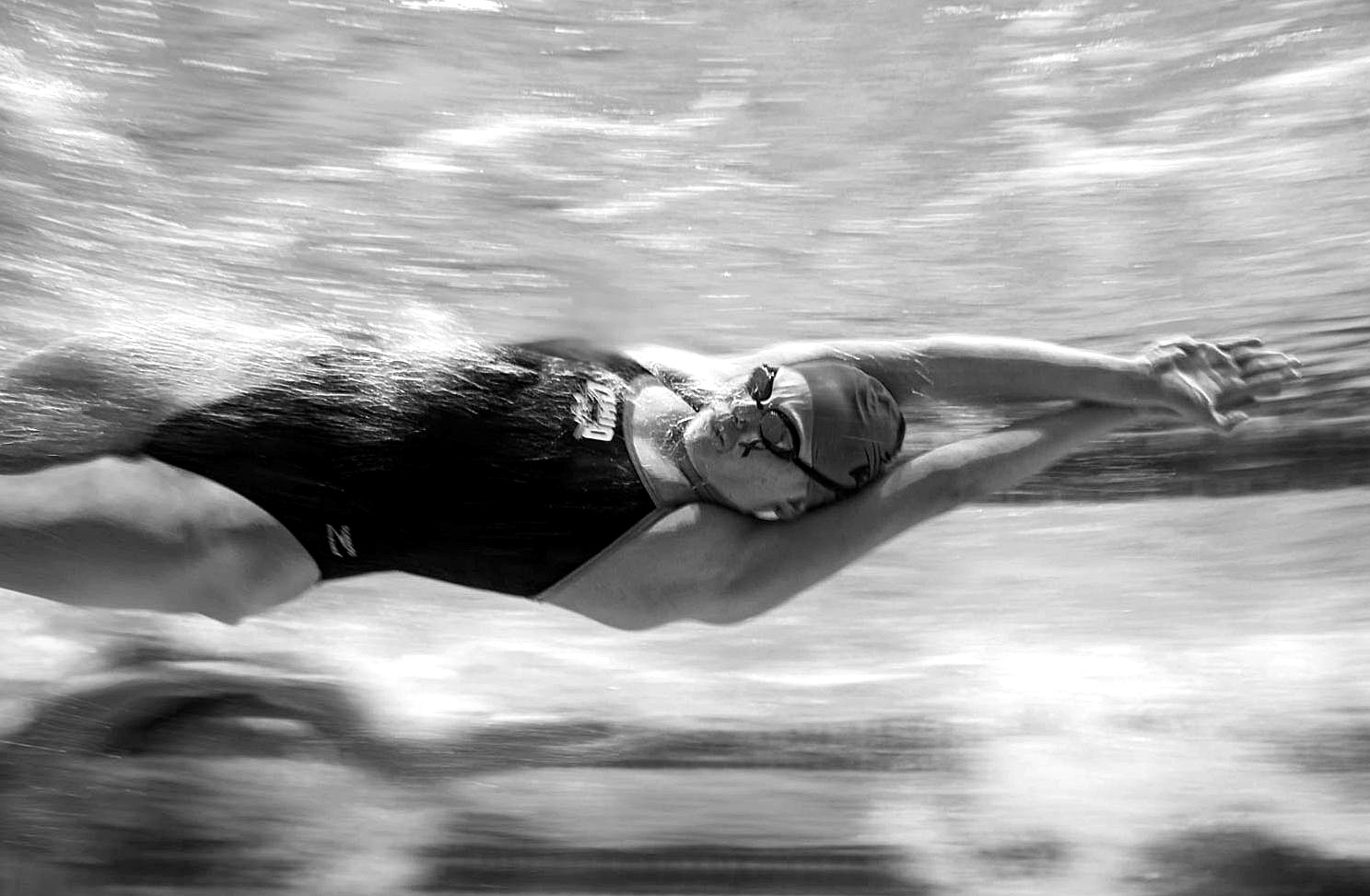 I was fortunate that OHIO’s pool had a window underwater. I had used it for diving photos before but I ventured down there during the 500 freestyle since it a longer race and the photos can become redundant. The thick glass made it hard to focus my camera on the swimmers as they quickly passed by so I decided to try dropping my shutter speed resulting in this motion blur shot of a swimmer in a streamline after a turn. 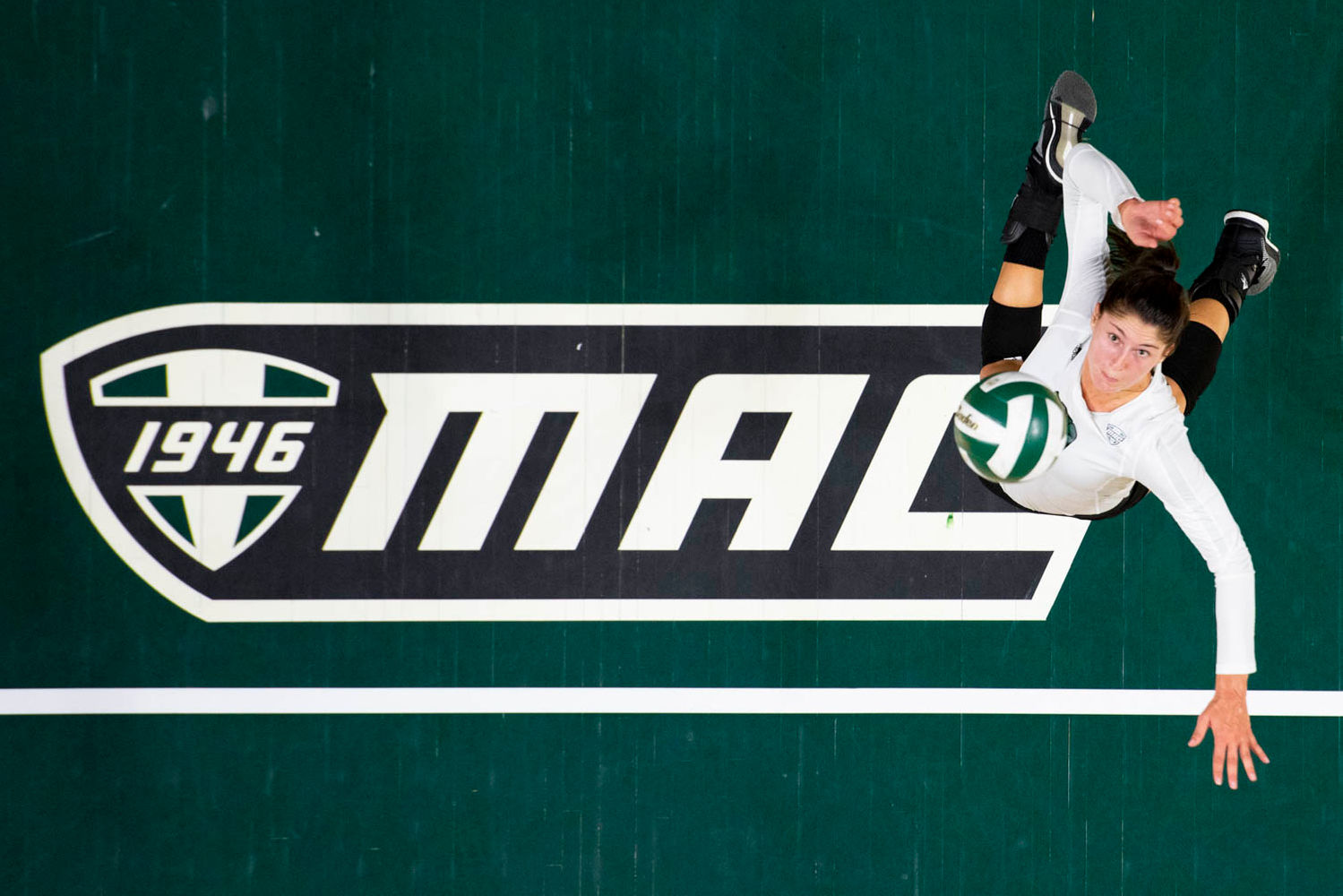 This photo was a happy accident. Ohio University had just installed a new jumbotron that hung from the middle of the catwalk. Unfortunately, it blocked the view directly over the middle of the basketball/volleyball court. Because of this I was forced to take photos from the outer edges of the catwalk. At first I was bummed because I couldn’t capture a majority of the game play. Then I realized that I had an open view of the player serving the ball. After a few tries and some adjusting of the the strobe, I got lucky enough to capture this image of one of the seniors directly over the MAC logo. 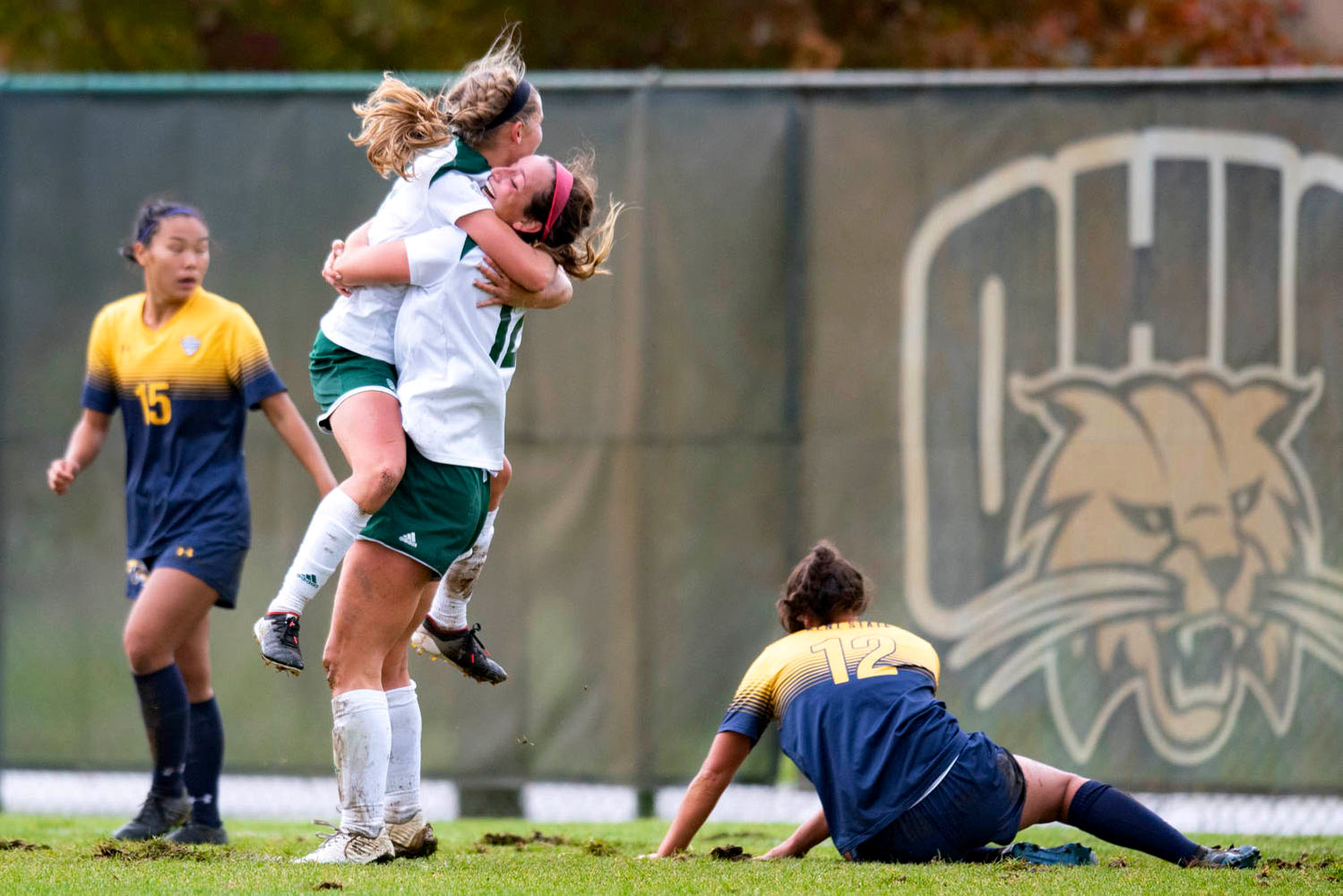 This photo always makes me smile! Women’s soccer was playing in the quarterfinals of the MAC Tournament and it had been a close game the whole time. In full transparency, I forgot my monopod so I had to freehand a 400mm lens, and it unexpectedly rained that afternoon so I found myself creating makeshift rain gear. In the end, OHIO won 2-1 and this celebration followed their second goal. I always love capturing moments like this between teammates where you can almost feel the emotion that are experiencing in that moment.

The DPPF is thrilled to be able to further Abigail’s promising career!