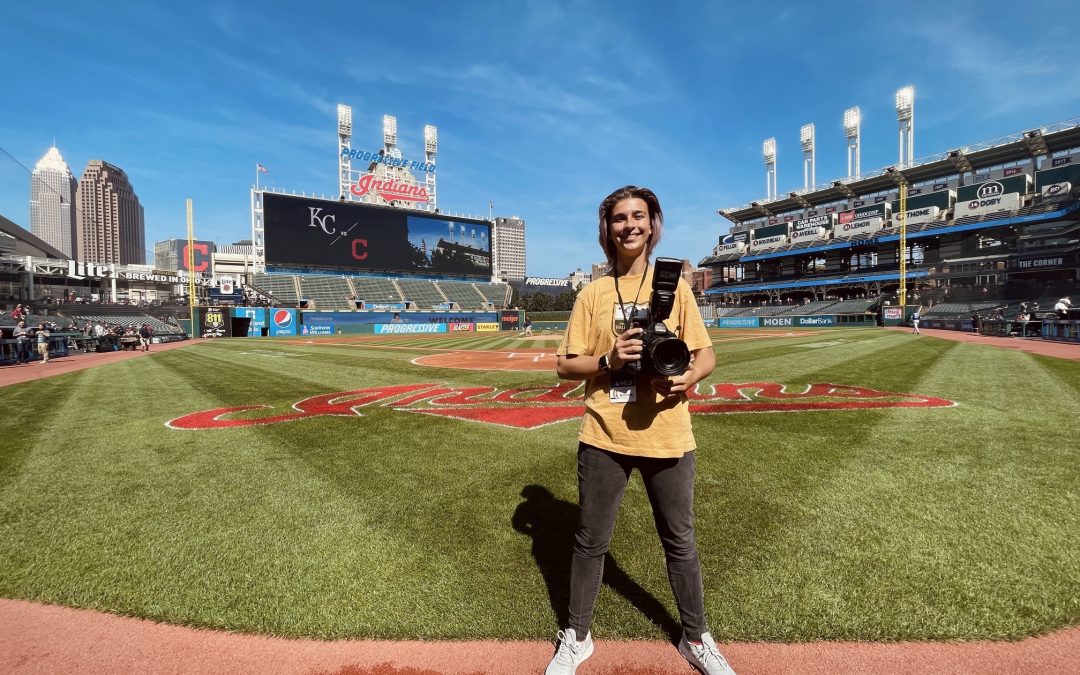 DPPF Grant Winner Lauren Bacho is a Cleveland-based sports photographer who majored who majored in photojournalism at Ohio University. They interned with the Indianapolis Colts and now work as a content creator for MLB. More about Lauren
They won a $5,000 grant from the DPPF and have used it to help fund this new 400mm lens. 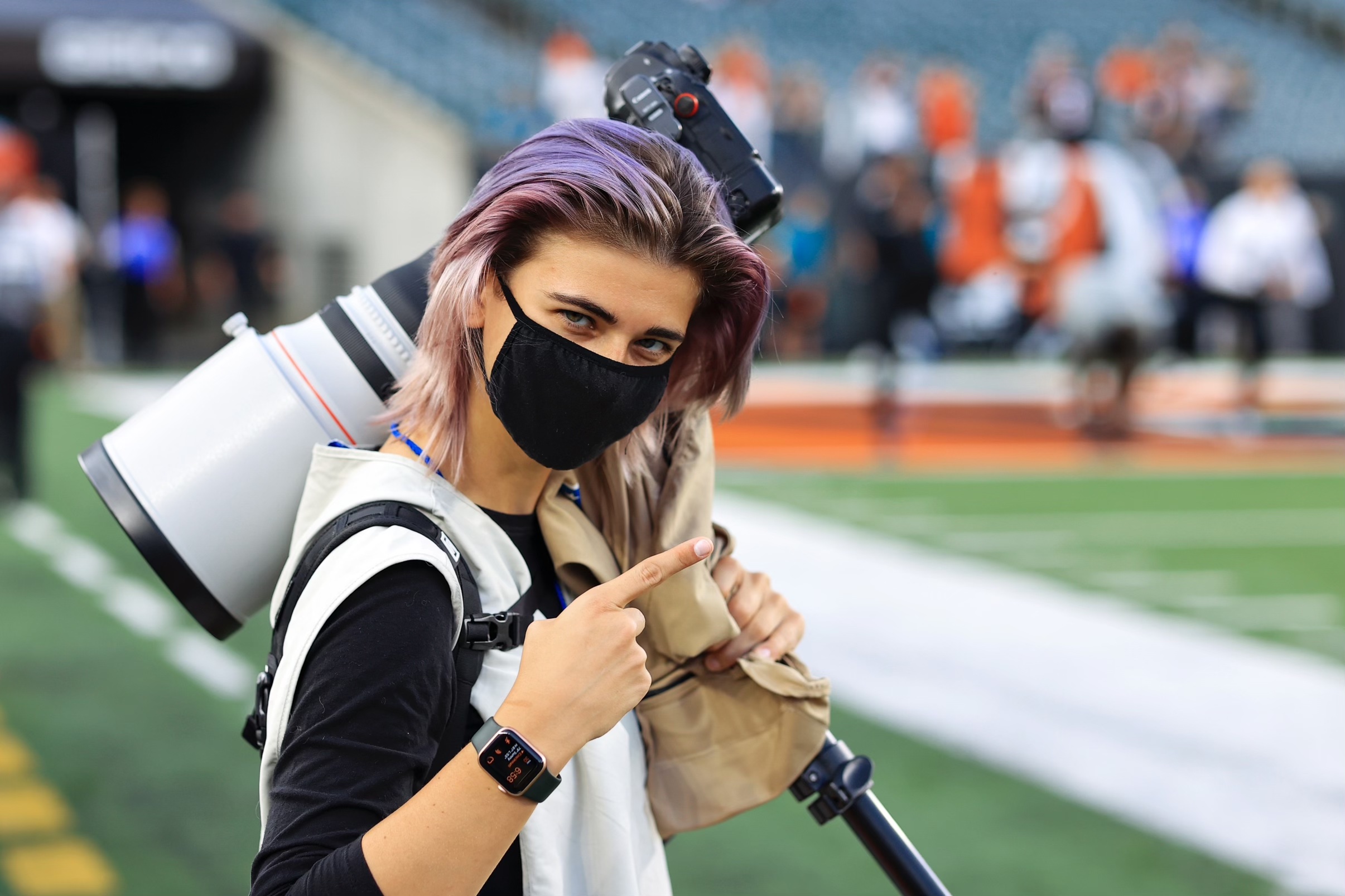 Lauren shares back stories of three photos from their winning portfolio. 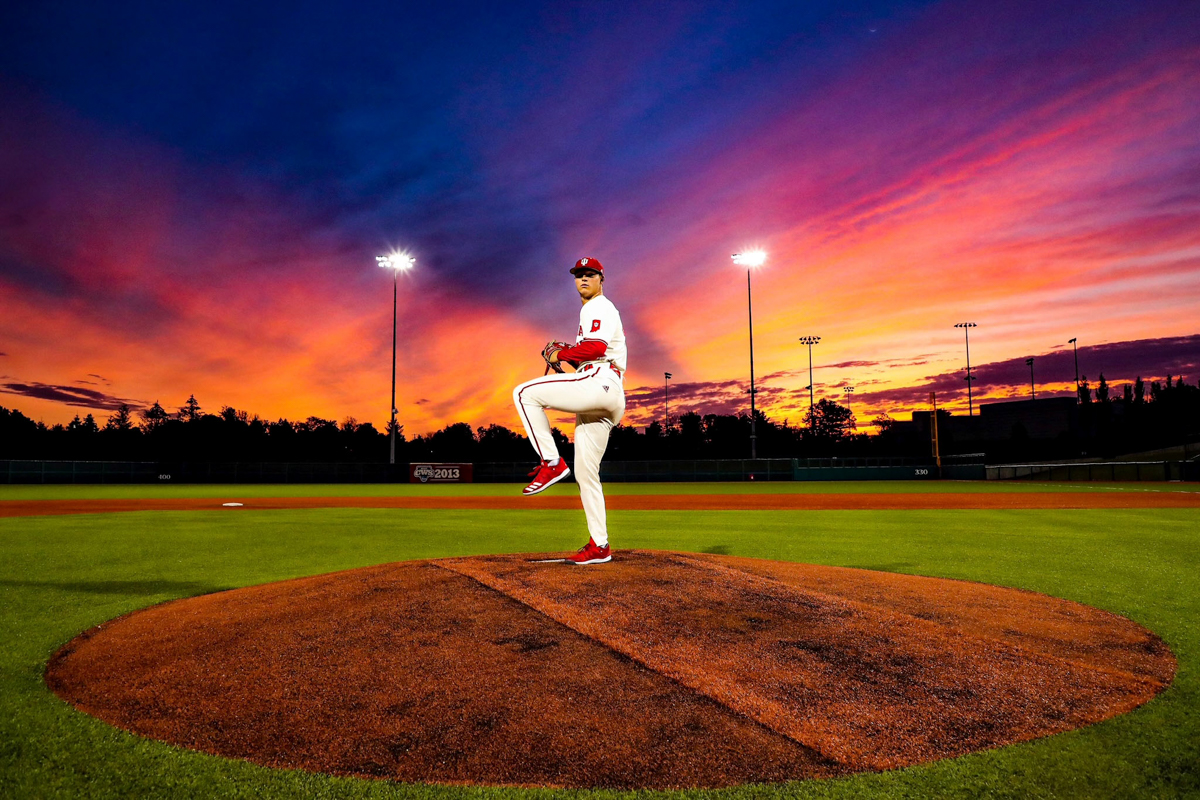 I was helping with the Hoosiers photo day for the baseball team and we were inside doing studio portraits, but we had to do them starting at 5 a.m. because the players had early classes to get to. Just by chance I turned around to look outside and there was this insane sunrise happening. I grabbed the nearest pitcher to get some portraits on the mound because I couldn’t pass up that sky. Right place, right time kind of photo. 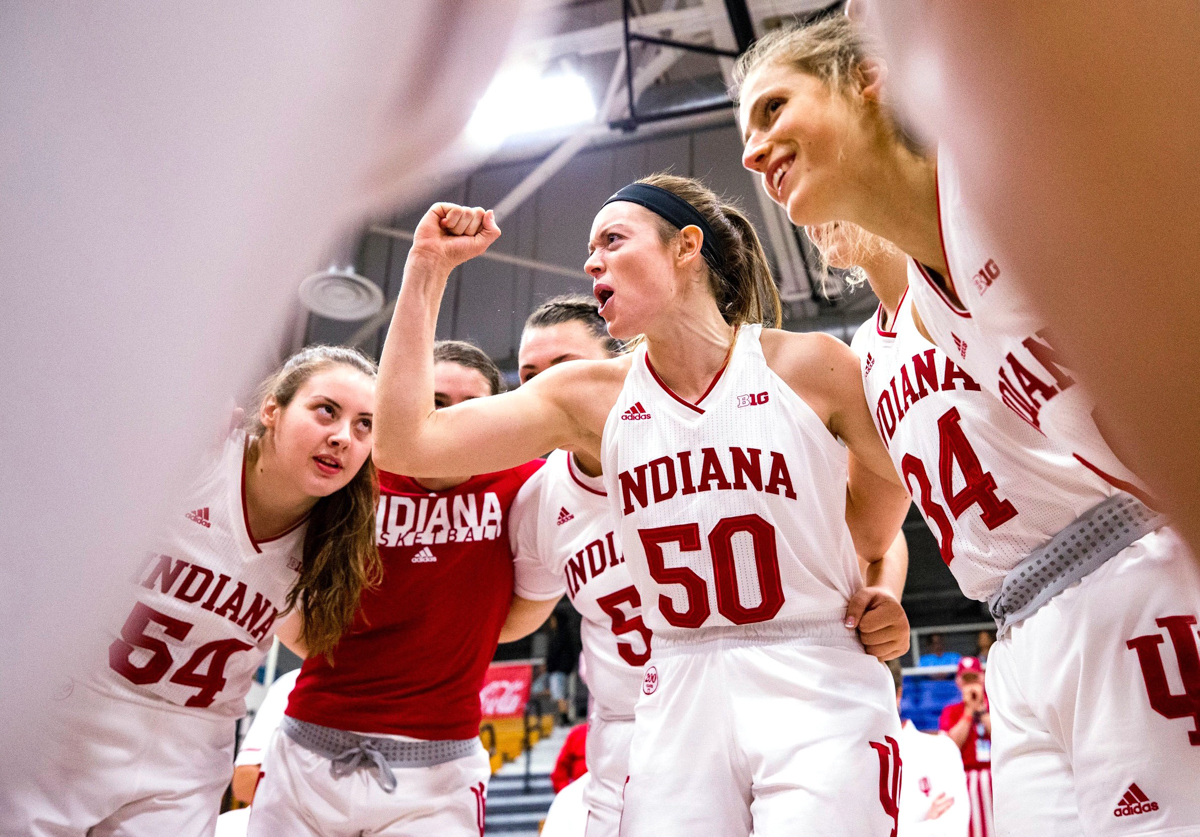 The photo of Brenna Wise hyping up her team before their game against Baylor is from the Paradise Jam in the Virgin Islands. The Hoosiers had just beaten No. 5 South Carolina on Thanksgiving Day and the team was pumped up. Everyone expected the Hoosiers to get blown out during the tournament, but they had already beaten the odds once. Unfortunately, they lost the game to Baylor, but this pregame speech from Brenna was unmatched.

The photos of Feleipe Franks sliding touchdown was an electric moment. The Gators were down 28-31, so as soon as they got close to the goal line I knew Feleipe was going to run for it. I had been photographing him all season, so by this point I had gotten pretty good at guessing his next move. With some good guessing and good luck, I ended up right in front of Feleipe as he dove into the endzone with orange grass and dirt flying through the air. You couldn’t ask for a better game winning touchdown.

The DPPF is thrilled to be able to further Lauren’s promising career!