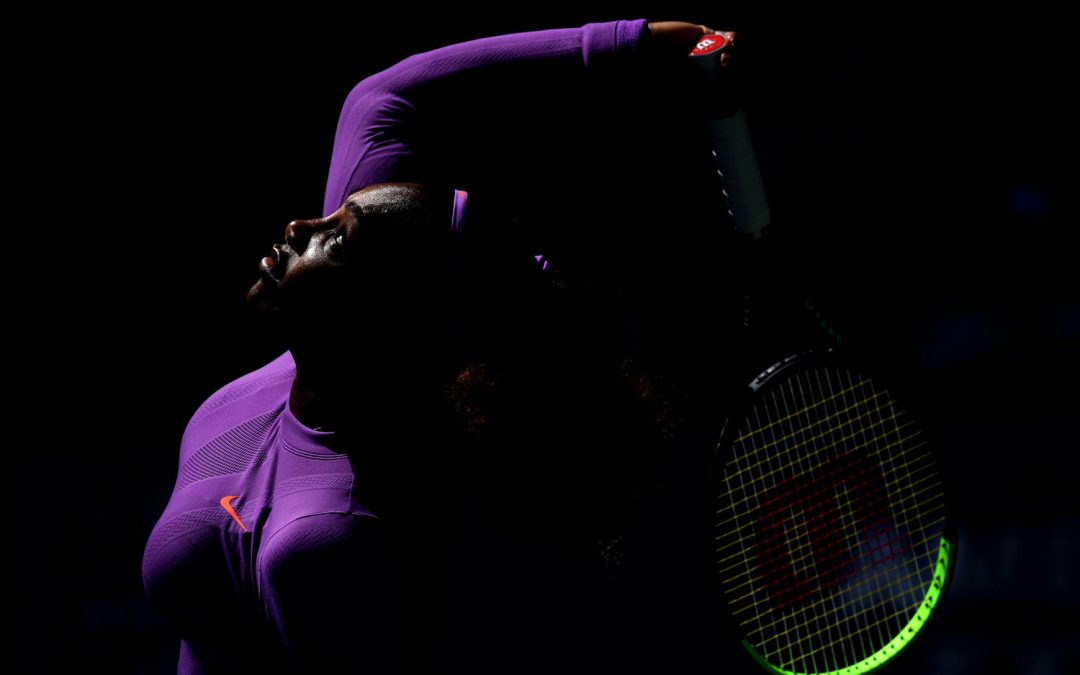 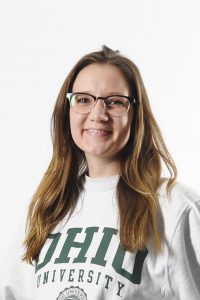 Sarah is a New York-based freelance photographer. A lifelong swimmer, her passion for sports photography stems from her own competitive background. After graduating from Ohio University with a degree in photojournalism, Sarah interned for the Boston Red Sox during their World Series season in 2018 and followed that with an internship with Getty Images in New York.

Sarah enjoys photographing boxing and baseball because both sports require patience, timing, and a little bit of luck. She is the recipient of a $1,000 equipment grant from the DPPF. Realizing that her portrait work needed practice, she used the grant funds to buy portable studio lights and modifiers to be able to practice lighting portraits both in-studio and on-location.

Sarah gives us some insight into three of her grant-winning photos: 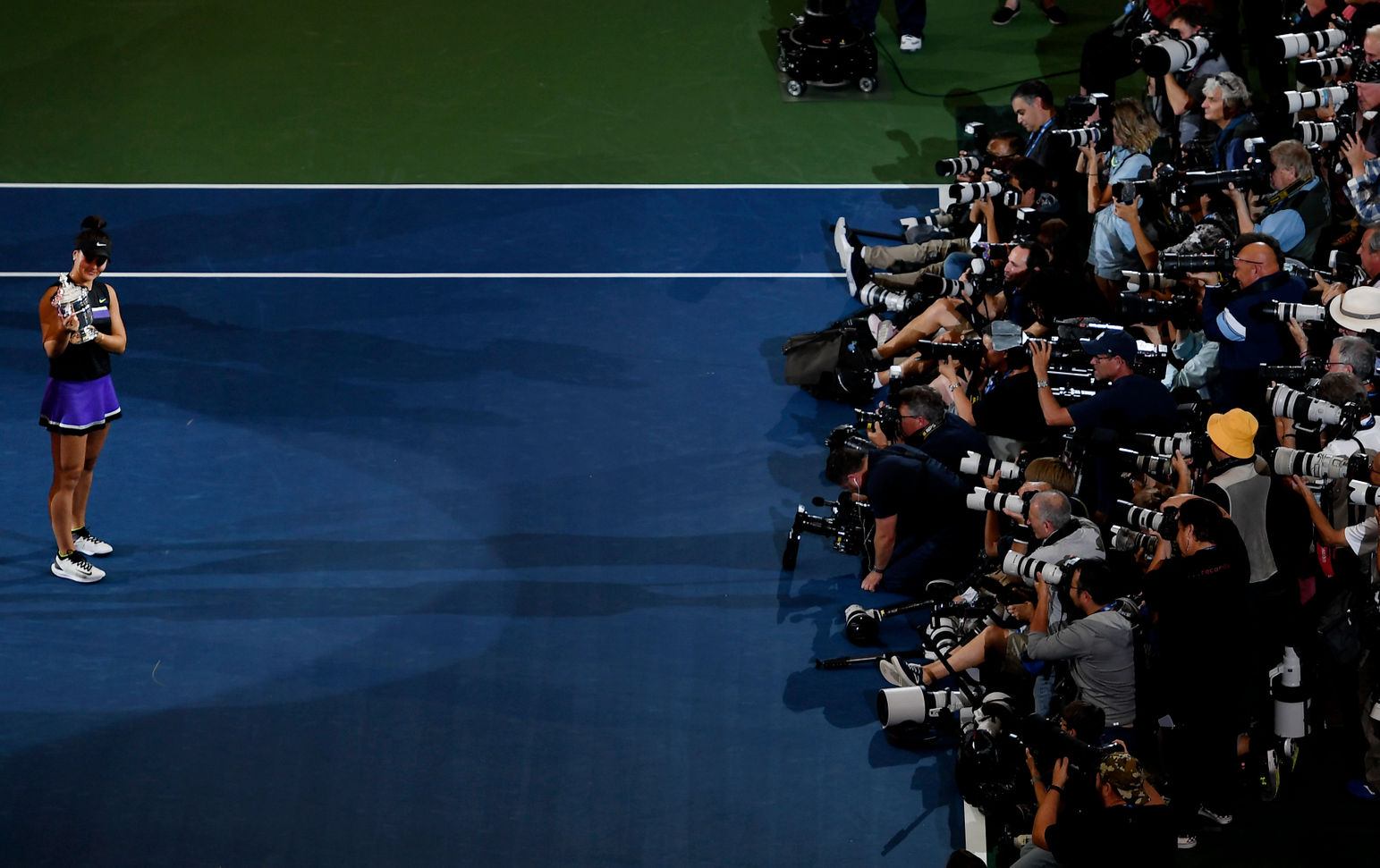 Growing up a swimmer, my coaches always told me that as long as you have a lane, you have a chance. Being a younger photographer on a team full of experienced photographers often means your assigned position at large events isn’t always the “best” spot, but it’s a spot nonetheless. I was roaming the top level of the stadium shooting the end of the match when I was directed by my editor to make “something different” out of the trophy ceremony following Andreescu and Williams’ match. For Andreescu’s win, I wanted to show her alone with the trophy in a sea of photographers, depicting the storyline of a newcomer, thrust into the spotlight.” 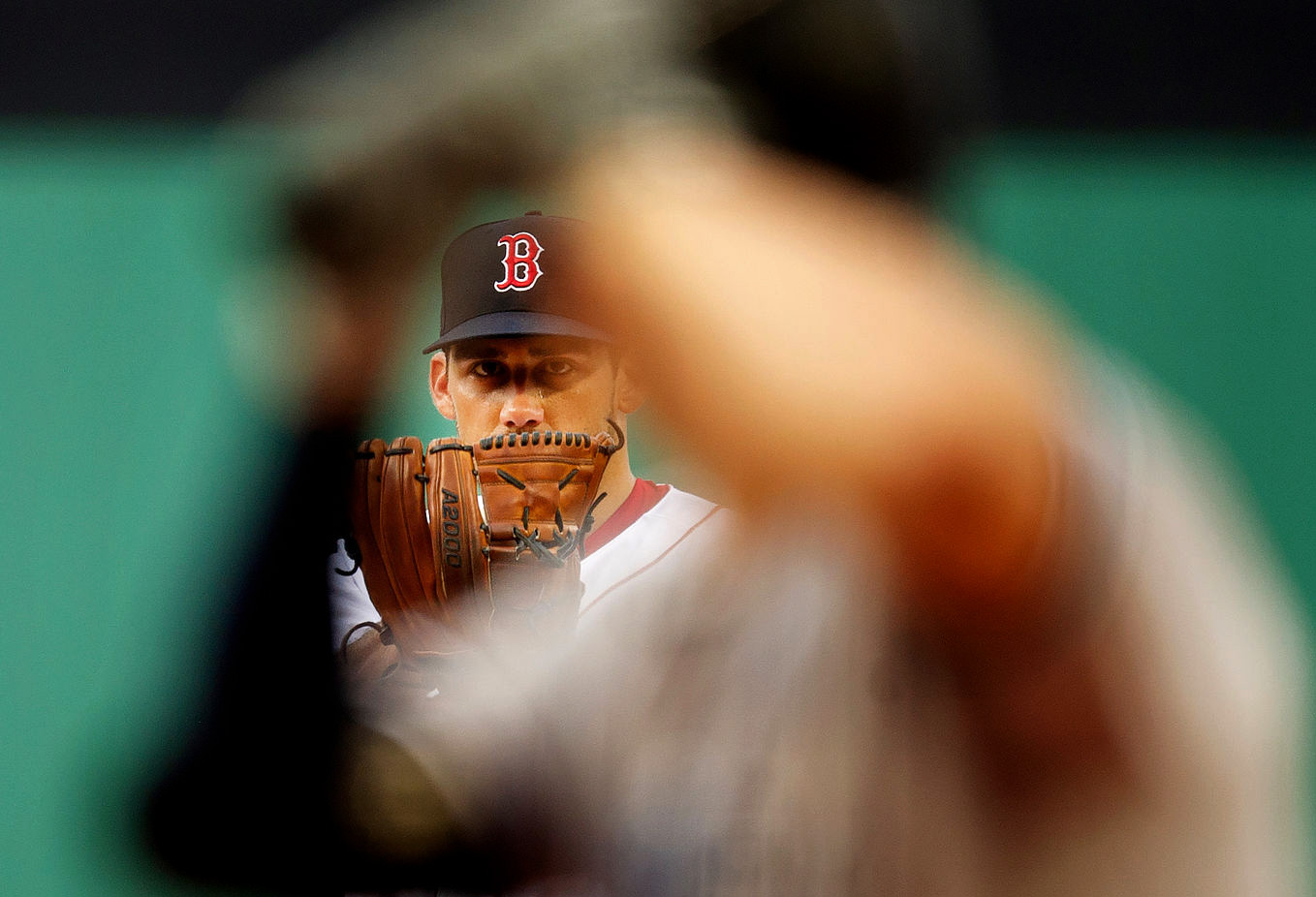 I was spending a season interning for the Red Sox when I shot this picture. I’d seen variations of this photo before, but all were shot much more loosely. One of the challenges I give myself every day at work is to try to make a picture I’ve never seen before. I wanted to shoot it tight enough that my audience almost felt like they themselves were the batter. I also wanted to find the perfect pitcher, one whose stance felt somewhat “old school,” with the glove up covering most of their face, eyes visible. Eovaldi, and a series against the Yankees no less, was the perfect combination. This was shot from the first row of seats at Fenway with a 600mm. I’ve always really liked how cinematic this shot turned out. 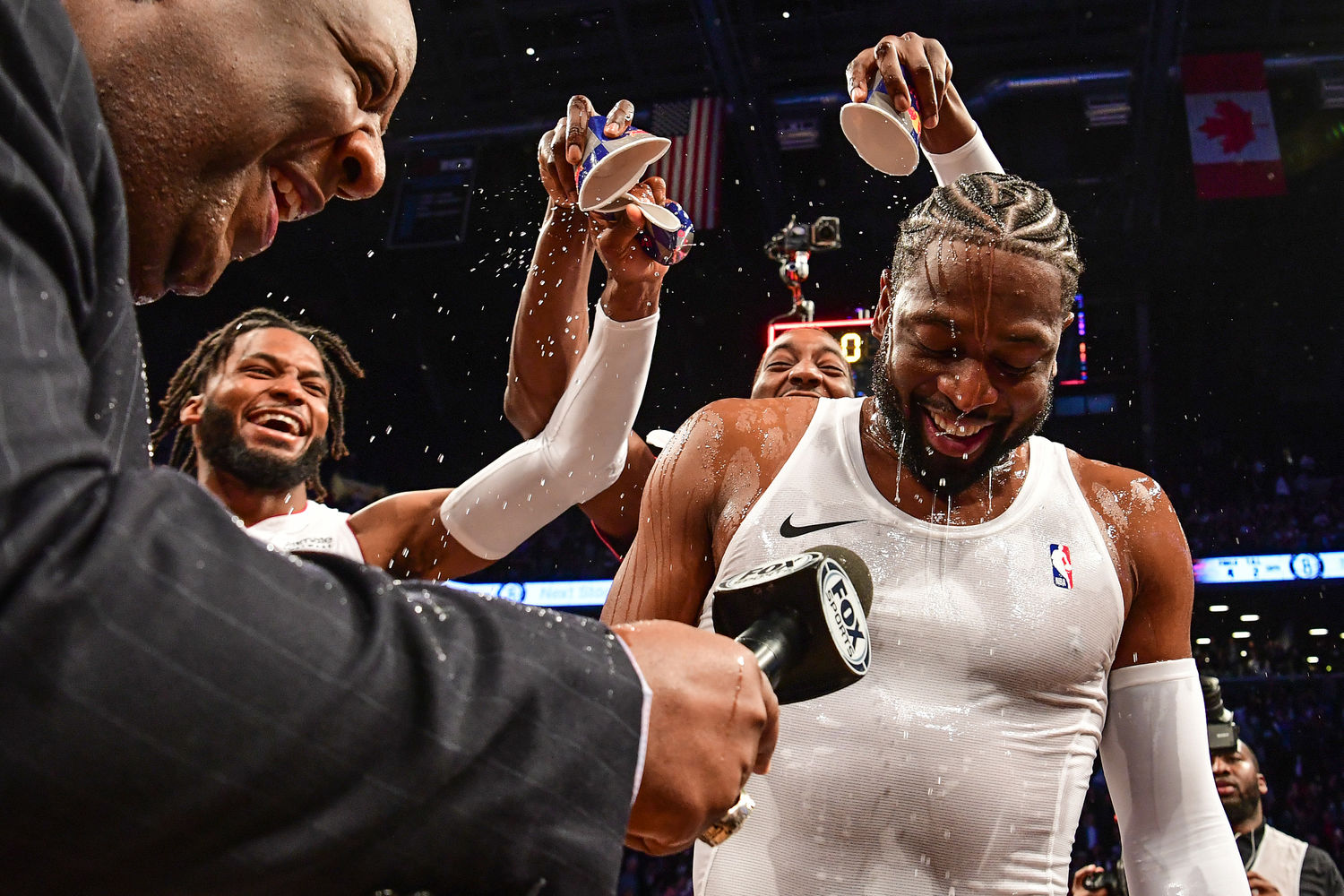 Dwayne Wade gets a shower after his final game before retirement

I had just finished my internship with Getty when I got one of my first assignments as a freelancer: photograph Dwayne Wade’s last game ever. The game was in New York, so you knew there would be a swarm of media following Wade off the court. I’m a pretty small person who can get easily shoved around, and coupled with the anxiety that comes from being fresh on the job, I was a bundle of nerves leading up to the final seconds of the game. I really, really wanted to get this moment right. When the buzzer sounded for the end of the game, I rushed the court with all the other media members, but it was packed. I used my size to my advantage, and, with a fellow woman photographer who was also pretty petite, we both made our way under the arms, cameras, and shoulders of bigger photographers. Being low to the ground put me in the perfect place to capture this unexpected shot, and as it turns out, both myself and the other woman were the only two who were able to capture it. I love the expressions on the faces of everyone in the photo – it was truly a moment of celebration. 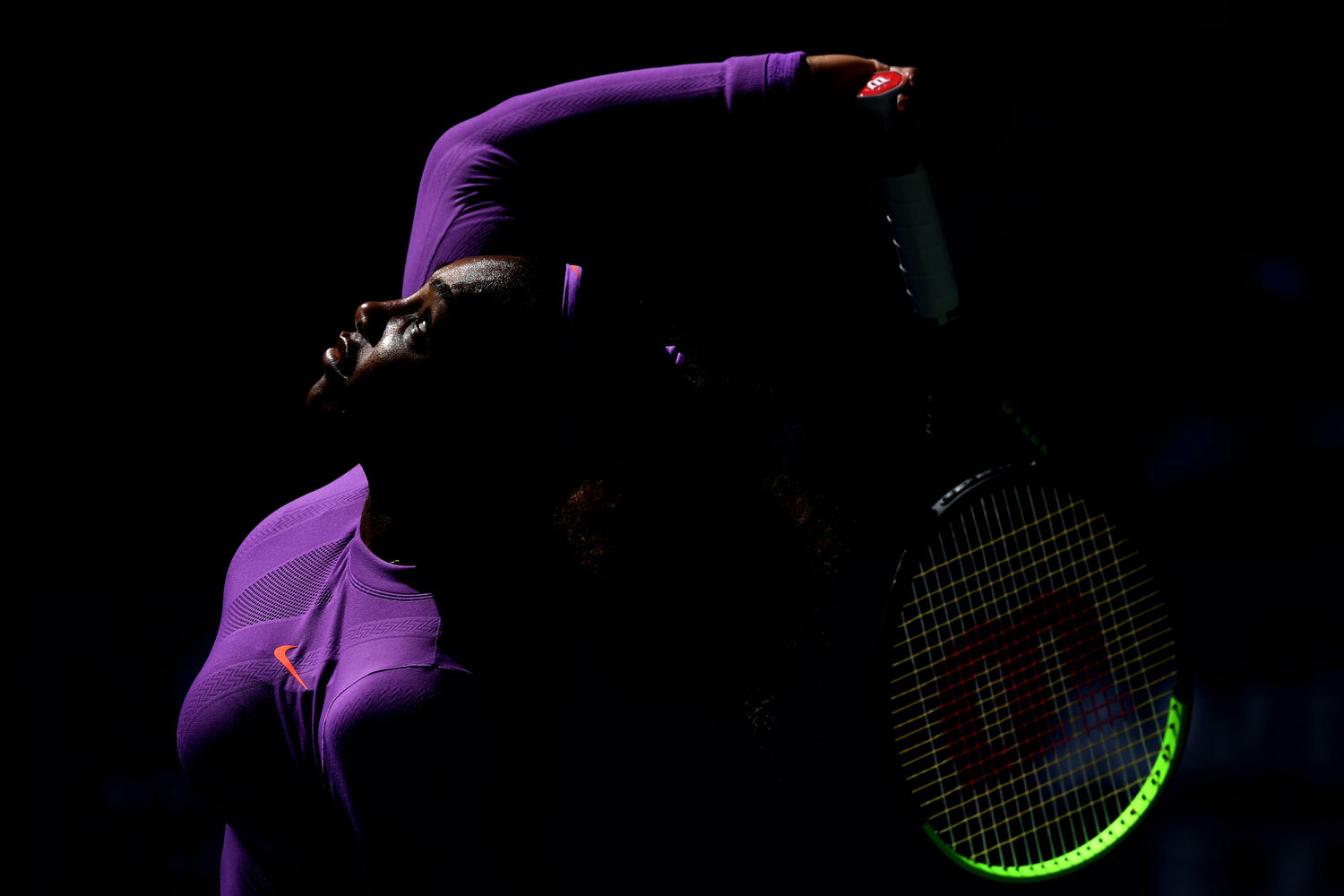 Serena serving in the light

I saw this photo coming to fruition while Serena was warming up before a match at the 2019 US Open. Serena notoriously takes her time coming out onto the court for her matches, and as we waited longer and longer for her to appear, the patch of sunlight that painted the court was getting smaller and smaller. I think every photographer prays to be shooting a match/game/event with both good light and a key player. Sure enough, the court was in shadow by the time Serena came out, but luckily, she was tall enough, and on the right side of the court, that a splash of sunlight washed over her when she looked up to serve during her warmup. I only had a few chances, so I just tried a few different exposures to get it right, and tried my best not to cut off her racquet shooting tight with a 400mm. I love the contrast of her purple shirt and green racquet.