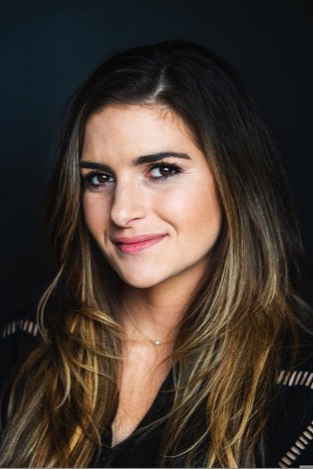 Taylor Baucom is an award-winning photographer and multimedia producer and the Head of Visual Content at The Players’ Tribune (TPT). She has held numerous creative and leadership positions at TPT since starting there in 2015 and previously worked at Major League Baseball.

She collaborates with professional athletes to tell in-depth, personal stories and enjoys innovative approaches to storytelling. Her work has taken her to some of the biggest sports stages, including the World Series, the NBA, WNBA, MLB, and NHL All-Star games and the U.S. Open. She also pursues stories about people who are less famous, such as a neighborhood lacrosse team in Harlem, an announcer at a minor league hockey stadium and the younger brother of a professional athlete.

Taylor has won numerous awards for her work, including recognition from Pictures of the Year International (POYi), College Photographer of Year (CPOY) and the White House News Photographers Association. In 2014, TIME Magazine named her photograph one of the Top 100 Photos of the year, and in 2017 she was selected as a Folio 30 Under 30 honoree.

She grew up in a small town in Illinois and attended Illinois College, where she double-majored in psychology and communications and rhetorical studies. She received a masters degree in photography at the Newhouse School of Public Communications at Syracuse University and currently lives outside of Nashville, where she enjoys country music and minor league baseball games.